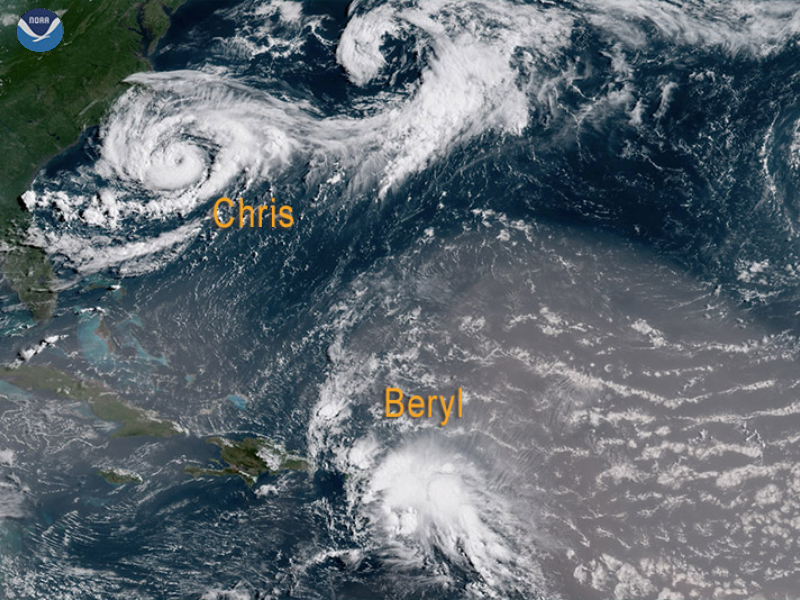 Of course, the Hurricane season “aint over till it’s over” (Yogi Berra, 1973)* but how wrong can predictions from the generally acclaimed and recognized top world authority on Climate Change, NOAA, be before one may question credibility?

The graphs (should) speak for themselves: The reality – so far – is diametrically opposite of what has been predicted by NOAA this year.

Nobody is asking for perfection but what is then the probability of how wrong these climate specialists can be regarding the infamous 1,5 or 2 degrees C per the Paris Climate ‘agreement’ if NOAA can’t even get a hurricane season more or less right?

Yes, I would like to know, what is the probability of these Paris numbers to be out of whack? And by how much +/-? Or are these numbers getting miraculously more accurate, simply because they are being projected out to 2100 – to a tenth of a degree C?

Answers from the experts in the Climate business are urgently needed. Real logic for us the normalos would be helpful – not the least because of the $ trillions taxed, actually confiscated, and distributed to others, being spent to ‘combat’ (sic!) climate change (or global warming? or what, lately?).

Where are the risk prevention efforts, with dams being built and the adaptation of land use, agriculture, our habitat, instead of fiddling with CO2? The Dutch understood already in 1953 what to do instead of ‘reducing CO2’ with no measurable impact. Or is it your considered opinion that reducing this vital gas in our atmosphere will soon prevent inundation of built-up areas or the melting of glaciers, that, as you surely know, was much more important not too long ago and when there was little in terms of man-made greenhouse gas emissions?

How come, that the rather normally clothed Oetzi ‘iceman’, being surprised after dinner and killed, remained frozen for 5000 years, without any signs of spoil, as would be expected? Flash-frozen? Indication of fast and dramatic temperature changes within short periods, as is claimed these days to be so ‘unusual’ – inferring man-made CO2 is ‘guilty’?

Question upon question, I haven’t found any good answers so far. Maybe you can help also to avoid this important issue being monopolized by cynics.

Finally, thank god for ‘Florence’. The climate bullhorns at CNN and other MSM were already fearing the worst for the season and their jobs. Even downgraded to a tropical storm, they could not get to grips with it and kept on reporting all the fake superlatives of a once-in-a-lifetime-storm. One could literally feel the chagrin of the CNN reporters, that there were not more victims. How perverse instead of celebrating that the season so far was calm and well below forecasts? Thank god again for these talking heads: they got a Typhon in the Philippines, just in time to continue their hysteria reporting.

Upshot: Exposed to ridicule, not the way to re-gain credibility in the climate change-warming business!