Glyphosate: the European saga goes on 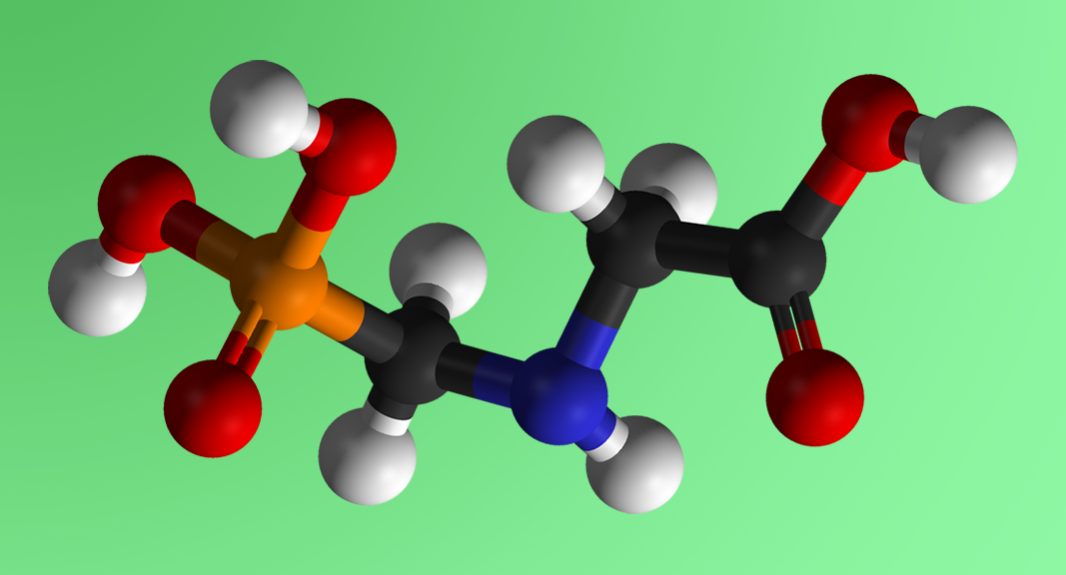 From a process managed by distinguished experts designated by the Member States, the regulation of this active substance went along a lobby driven sli…

From a process managed by distinguished experts designated by the Member States, the regulation of this active substance went along a lobby driven slippery slope to end in a deadlock among willingly ignorant politicians. However, contrary to the stereotype of evil corporate lobbying corrupting every one, it were science and technology adverse NGOs who took this art to the extreme, in a rather immoral fashion. Worse, they may prevail. Authorized since 1974 until the end of 2017, glyphosate may well become one of the first products banned on the premises of agitprop rather than sound risk assessment.

The EU will often be criticized for its technocratic approach. Many if its regulations aim at harmonizing conditions under which the common market can operate, thus simplifying access to it in an open and fair competition. Even far from being perfect, leniency towards corporate interests is not one of its tenets. Technical standards in the area of human and environmental safety are among the toughest in the World and, not a small virtue, are actually enforced. Nobody can argue in good faith that its experts are generally incompetent, corrupt or biased. Awkward as it usually is, committee life and transparency rules make impossible to take arbitrary decisions. In this context, the quality of the explanations provided by the European Chemicals Agency (ECHA) to its special report on glyphosate is undisputable. This is not the case of the International Agency for the Research on Cancer (IARC), a branch of the UN World Health Organization, which reveals itself a more political than scientific institution, unable or unwilling to explain its review process. In general, UN expert institutions are much more politicized than national or European ones; prominent examples of that kind are UNFCCC and IPCC, UNESCO, or the OHCHR Advisory Committee.

The EU experts, from the rapporteur Member State Germany, the European Food Safety Authority (EFSA), and ECHA, have concluded that glyphosate is not representing any significant cancer risk and may remain on the market, as always under special conditions and precautions. In the USA, the EPA, also before the Trump administration, does not consider that substance as presenting a cancer risk. The IARC reclassification in 2015 is highly suspect of political interventions, and concerns only hazards devoid from any risk considerations. Despite of rather compelling independent expert work in various institutions, an opposition based on indigent allegations combined with complicit political orientations has gained the favour of the media and of the now mainstream of red-green policies.

This is one more case in which hysteria is beating rationality. Science is the usual suspect, in particular because it is unable to demonstrate the absence of cancer risk, a negative finding that is logically impossible. The experts take all precaution not to extent their evidences to wild speculations, and, since their conclusions are not in conformance with preconceived dogma, are blamed for of all ills. For post-modern crowdocracy, risk assessment is not good enough; any suspicion in the form of a possible hazard must trigger a technology ban. However, such attitude is quite selective: who would demand the ban of the contraceptive pill because it is one of the most potent endocrine disruptor, pervasive in the aquatic environment? To a degree, utility serves as a filter. There are good uses (women’s right to birth control) and bad ones (agricultural productivity). The sole question is who decides which is which?

Why politicians are not heeding their own experts? Fear and ambition!

Fear of the crowds, today boosted by so-called social media, professionally exploited by the major deep ecology NGOs such as WWF, Friend of the Earth, and Greenpeace. What in earlier times remained unspoken must now be explained; although all explanations remain unheard. For example, nobody advocates that risks must be understood and tolerated, despite of repeating that zero risk does not exist. Even assuming that they would be able to provide these explanations, there is no politician willing to expose him or herself with such unpopular and complicated discourse. Rather ban an effective solution than accept exposure to all critics and bashing by dogmatic NGOs and wilfully ignorant media.

Ambition. The one of being the initiator of a new shining future, a cleaned-up paradise on Earth. Whatever the absurdity of such stance, it looks like gentle and kind. Or, more cynical, getting political mileage by making delusory promises. Ban a product like glyphosate, or a whole technology such as GMOs, for which fear is easy to instil, you will occupy the moral high ground that provide electoral success. Such postures are naïve or totally dismissive of the people.

What is at stake in stories like that of glyphosate is not the product itself, or the future of agriculture; there are other solutions, more expensive albeit not less risky. The stakes are in the capacity of the rule of law, and of science, to prevail over ideologies within a republican and democratic order. Since more than 100 years, secular laws have been protecting society from the perverse influence of religions in public life. It is high time to find ways to extend such protection against dogmatic environmentalism and against public witlessness as well.

In the meantime, glyphosate will be further authorized in Europe, may be for only an additional couple of years; and then a new act will be added to the saga, with similar scenes as experienced before. Without data proving the contrary, the experts will recommend its continuing use and the hot potato will pass over to the next fearful, naïve, and/or cynical politicians who will decide to pass it further to their successors.

Reason has gone. Let’s go back to the asylum!

Past events of the European glyphosate saga.

1950: Henri Martin synthesizes 7 g of N-(phosphonomethyl)glycine at Cilag, a Swiss pharmaceutical company. He joined later Ciba (a precursor of Syngenta) where he was one of the most successful research chemists of the Agricultural division. However, we don’t know if this phosphorus compound was tested there for its herbicidal activity, or if the test proved negative due to an inadequate screening.

1959: Aldrich, a supplier of laboratory chemicals, purchases all compounds synthesized by Cilag that have no industrial interest for this company.

1970: John E. Franz, a research chemist at Monsanto, discovers the properties of this compound according to a new mode of action (inhibition of the enzyme enolpyruvylshikimate-3-phosphate synthase (EPSPS), with the effect of starving a broad spectrum of weeds) as a non-selective herbicide.
The company issues a patent for this original use.

1974: Monsanto puts glyphosate the market as a total herbicide. In these times, time-to-market was rather short.

2000: Expiration of the original patent. Generic manufacturers enter into this market.
In 2016, the «Glyphosate Task Force» associates 22 companies for the European re-registration, the major ones being Monsanto, Syngenta, Adama, UPL, Nufarm, and Platform Ag (ex Arysta).

2002: Latest date of approval of glyphosate as an active substance in the European Union, for 10 years; thus, expiration on June 30, 2012.

2010: To provide time for re-registration applications and review thereof, the EU Commission extends the expiry date of approval of a series of substances, among which glyphosate, until December 31, 2015.

2012: G.-E. Seralini publishes a study on rat fed with genetically modified maize treated by glyphosate, and exposed to various glyphosate concentrations in their drinking water, concluding to carcinogenicity. However, it was flawed to the point that the editor retracted the paper.

2015: The International Agency for the Research on Cancer (IARC, a branch of the UN World Health Organization) changes the classification of glyphosate from possibly (Group 2B) to probably carcinogenic to humans (Group 2A), a hazard based evaluation.

2015: The EU Commission extends further the expiry date of approval of a series of substances, among which glyphosate, to June 30, 2016

2015: Based on the review made by the Rapporteur Member State (Germany, BfR), the European Food Safety Agency (EFSA) concludes: «glyphosate is unlikely to pose a carcinogenic hazard to humans«. Only Sweden expresses a minority opinion on this point.

2016: The EU Commission amends the conditions of approval of glyphosate to take into account of a significant toxicity of POE-tallowamine used as co-formulant in many glyphosate preparations. Member States (who authorize formulations and set applications conditions) are requested to restrict the application as a herbicide, to limit or prohibit other uses (in public areas), and to pay particular attention to compliance with good agricultural practices of pre-harvest uses (to control the time point of harvest or to optimize the threshing).

2016: The EU Commission recommend the authorisation of glyphosate to the Member States. No agreement was reached, no decision was taken.

2016:The EU Commission, seeking an additional opinion of the Committee for Risk Assessment of the European Chemicals Agency (ECHA), extends the date of expiration of the approval from June 30, 2016 to December 31, 2017 at the latest.

2017: The ECHA publishes and explains in details the conclusions of its risk assessment, concluding to the non-carcinogenicity of glyphosate.

2017: Reuters unveils that 10 significant changes were made between a draft of the IARC report and the final version. «In each case, a negative conclusion about glyphosate leading to tumours was either deleted or replaced with a neutral or positive one.» IARC did not provide explanations for these changes.

2017: Politicians continue to change the customary decision process. Without any additional risk assessment, various Member States propose to ban the substance or to limit the extension of the authorization to a few years, a kind of delay for phasing it out, instead of the customary 10 years approval.