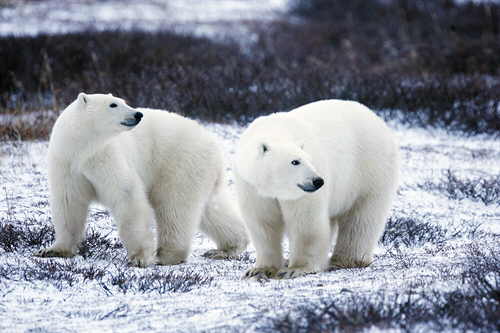 Recently I came across two articles and one factual information on different aspects of the global climate. The information is that, all of a sudden, the global temperature jumped up by 0.15 °C, which is considerable if it took more than one and a half century to achieve a full °C. In one article, the validity of the temperature records is put in question as so-called urban heat islands (UHI) induce non-climatic biases. And in the second article an attempt is made to reconfirm the remaining “carbon budget” to limit global warming below the ominous limit of 1,5 °C above the temperature prevailing before the industrial era.

Sometime between 2010 and 2015 the NASA Goddard Institute for Space Studies (GISS) revisited its temperature series to the worst, i.e. increasing the observed warming since 1880 by approx. 0.4 °C. Now, the UK Meteorological Office did a similar exercise and concluded that the Earth surface temperature was approx. 0.15 °C higher than it was assumed before.

Should this reassessment be accounted for as anthropogenic warming?
Without any time or talents to enter into the details and the explanations about these adjustments, their wide fluctuations and, in particular, why the largest corrections concern most recent data for which higher confidence should have been expected than for older readings, I still wonder why such reassessment were required as most climate scientists pretend that climate science is settled. However, it’s reassuring that it’s not the case. Note that this will help climate models to reduce their systemic overheating!

A paper written by Nicola Scafetta and published in the peer review journal Climate Dynamics (Scafetta, 2021) should raise the attention, first because of its interesting content, and second because the author is decried as a sceptic by the politically correct climate community.

In this paper, his only creativity is to review available daily temperature records (HadCRUT4) to detect so-called urban heat islands. Such spots are not related to the global Earth climate but are microclimatic conditions induced locally by urbanization with buildings and materials that reflect less the solar irradiation, are not well ventilated, and accumulate heat during the day that takes time to be dissipated over the night. When driving out of a large town, we all experience that the air temperature decreases by a couple of degrees. By calculating the difference between daily maximum and daily minimum temperatures recorded at each measuring station it is possible to detect anomalies that can be explained by the UHI phenomena: in short, the difference max-min gets less pronounced in a heat island than on the countryside. Such detected UHI correlate well with the population density distribution on the surface of the Earth. Also, there are “negative” UHI where large deforestation took place, or in deserts where oases have a rather cooling effect. No such effects are detected over Greenland, a large land surface with a very low population and small agglomerations. The conclusion of this paper is that 25–45% of the 1 °C land warming recorded from 1940–1960 to 2000–2020 could be due to non-climatic biases. Including sea surface temperature, the warming of the global climate could have been 15–25% lower than reported. If not a proof but at least an interesting coincidence, the data corrected for UHI compare well with satellite temperature records of the lower tropopause (0-10 km altitude) that are not prone to such non-climatic biases.

It did not take much time to read tweets dismissing this disturbing paper that alleviates the climate issue, and showing incomprehension that it passed peer review of a serious journal. A Scafetta cannot be right, because he can’t be!  This looks like a Pavlovian reaction of climate minions who salivate before seeing the stuff. Nevertheless, the findings will be difficult to ignore, in particular by the same people who adjusted the temperature record without taking the UHI effect into consideration. Anthony Watts, the owner of the internet site WattsUpWithThat had written a similar article a few years ago in which he sorted out measuring stations in the USA according to their possible bias due to the UHI effect. His article was not accepted in any peer-reviewed journal for some obscure reasons, despite the fact that it was simple and convincing, or rather because of that.

Please note that if cooling should be required, it may suffice to move cities on the countryside!

Here are the conclusions: “The new estimate and improved quantiﬁcation of uncertainties provided here demonstrate that both CO2 and non-CO2 greenhouse gas emissions must be decreased as quickly as possible to maintain a possibility of not surpassing the global temperature goal of the Paris Agreement.”

Isn’t it so-called breaking news? Has it any scientific character? It took ten authors from Europe and Canada to write a ten-page paper (Matthews et al., 2020) to reach to such conclusion!

But how do you reduce uncertainties and improve quantification when no new data is available? You build a model to play with data at hand and parameters to fudge with. In the model you prescribe a relation between CO2 emissions and temperature with a simplified, if possible linear, equation; wrong but who cares? Then, one sole climate policy instrument, the “remaining Carbon Budget” will be magically discovered from five parameters:

While pretending to address socioeconomic uncertainties, none seem to explicitly apply in this list, despite using the adjective 21 times in the paper.

No worry though, the desired result comes out of it: there remain “230–670 GtCO2. (for a 67–33% chance of not exceeding the target).” As the physicist Fermi said that his colleague von Neuman had said. ”With four parameters I can fit an elephant, and with five I can make him wiggle his trunk.”

No, I’m no sceptic, I’m just questioning the sanity of such exercise.

Scientists are doing their best to improve climate science, which is by no means settled; they are encouraged to do so. Engaged scientist, as those writing the carbon budget article, are fighting for something different; they shouldn’t.

By use of models of models (not a typo, a desired inclusion, should even be repeated more) and the application of statistics around their results as if they were actual observations, the climate oracle is getting less and less certain and more and more impossible to autopsy.

The more complex it becomes, the thicker the smoke.

This post was originally published on MR’s Blog under the title: “Climate: three chilling news that will give you the creeps.”