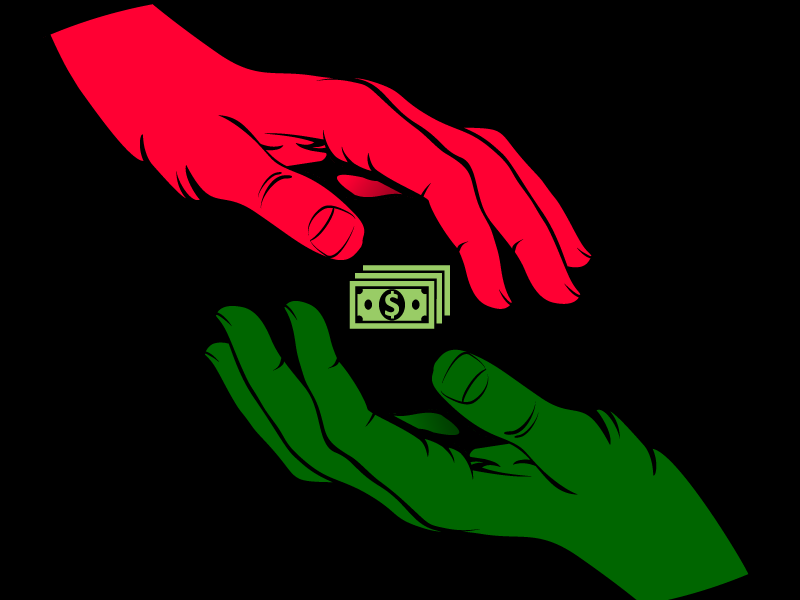 ​This article was originally published on MR’s blog. Following the decarbonation goals set forth in the Paris climate agreement of December 2015,…

​This article was originally published on MR’s blog.

Following the decarbonation goals set forth in the Paris climate agreement of December 2015, appeals are made to suppress energy subsidies linked to the use of fossil fuels, and to increase consumption taxes massively as an incentive to burn less of them.

According to « experts » of the International Monetary Fund (IMF) in a report published last December[1], energy is the beneficiary of subsidies amounting to $4’900 billion in 2013, or 6.5% of the global GDP. On its part, the International Energy Agency (EIA)[2] estimates them at $532 billion for that same year? The not so small 920% difference stems from considerations given to so-called negative externalities associated with the use of energy.

An externality is the non-intended consequence of a human action. For example, besides of lightening the streets, lamp-posts offer a rather attractive externality to dogs: they can conveniently pee at them. Depending on the value system in place in a society, externalities may be judged positive, bringing unexpected additional benefits, or negative, engendering a burden of additional costs or disadvantages. In our example, and since dogs are no free-acting economic agents, only the negative aspects of their urinary production should be contemplated.

According to the economist Pigou, taxes should be levied to compensate for the costs of negative externalities in such a way that an incentive would be created to refrain from the primary activity. In our example, a dog tax would tend to limit the demand for dogs, thus reducing the amount of urine of canine origin irresponsibly dispersed on the city streets. To remain fiscal neutral, the revenues obtained from such tax should be wisely spent to pay for the incurred damages if they are clearly identifiable, or merely redistributed; for example, the city council could decide to modify the lamp-posts so that they would function also as play-tools for children, alas without guarantee that they would remain dog-piss free.

A subsidy is a political act that consists in making a tangible allowance to someone with the objective to foster a practice, or to relieve a burden put upon her shoulder. Important is the word tangible, it must change the profit and loss situation of the recipient, as well as that of the state agency providing it. A subsidy is funded by taxation, either from the general fiscal revenues, from dedicated levies or excises, or from the indebtment of the state on the financial markets.

While subsidies are intended to provide access to cheap energy to the consumers, taxes raise its price and, if better alternatives are available, play a deterrent role to its use; on the contrary, if no economically attractive alternative is available, the only effect of raising taxes will be an artificial, state generated inflation, a price hike that will be transmitted down to the consumers and the taxpayers. But the state will have captured one bit more of the common wealth, and gained some additional arbitrary power.

Subsidies or taxes, both are market distorting measures that need profound political justification.

The EIA lists 41 countries that allegedly provide a consumption subsidy to their consumers who pay a price for energy that is inferior to the cost of its supply. Most of them are large energy producers where cheap local prices may also be understood as a dividend distribution from their export surpluses. All other countries in the World levy a substantial tax on energy, from the mere VAT to special excises to provide funds to the general budget of the state, or for specific tasks, e.g. maintaining a transportation infrastructure.

In its report, the IMF denominates the foregone taxes reported by the EIA as “pre-tax subsidies”. In addition, the IMF compounds “post-tax subsidies” represented by environmental and social externalities, such as air pollution by fine particulates, SOx, NOx, and O3, that have a negative impact on public health, emissions of carbon dioxide contributing to the warming of the climate and expected damages thereof, and traffic accidents with personal and social consequences. Their evaluated costs are in the form of present and future premature deaths, illnesses, material damages, social disturbances (migrations), loss of productivity, and further inconveniences. With very small exceptions concerning electrical power generation, all these negative externalities are attributed to fossil fuels.

Positive externalities are not considered at all, although they should be subtracted from the alleged costs. For example, almost all the World GDP could not be generated without energy; with just muscle power we would still be at medieval levels, whatever our intelligence would be. If energy consuming traffic is associated with social costs of accidents, aren’t there also social benefits in traveling and meeting people in other places, in being able to support all kinds of businesses, or enjoying gatherings among friends and family? Also, as a higher carbon dioxide concentration in the atmosphere clearly favours stronger plant growth, huge agronomic benefits must be subtracted from damages allegedly due to climate change. The IMF report is therefore highly biased, negatively.

Externality estimates, and therefore the Pigou theory itself, are good candidates for falsification. This will be the subject of another chapter and is not part of the present article.

What is at stake here are two pretentions, both utterly wrong!

First, EIA and IMF assume that any tax that is not perceived shall be construed as a subsidy. Yet, the state does not tax domestic work being provided by spouses in their household; is it therefore a subsidy for families? The state does not perceive any duty for the import of books and music records; is it a cultural subsidy? The state does not tax anymore the consumption of common salt; is it a subsidy to promote hypertension? Nobody is taxed for having built a horrible building, it is a subsidy for mediocrity? Thus, as we all live in national states with complex fiscal schemes and more or less generous subvention regimes, we are supposed to be all the recipients of a multitude of virtual subsidies. How rich we are!

And second, to allegedly promote a cleaner and safer environment, the IMF is proposing new fiscal policies based on a “fully efficient energy price”, calling it benignly “subsidy reform”. This means that the alleged $4’900 billion, or 6.5% of World GDP, should be perceived by a new kind of taxation regime. And therefore, all countries would need to profoundly revisit their current fiscal policies, one of their most sensitive political issues. In the OECD, the government spending represents between 29% (Ireland) and 57% (France, Finland) of GDP. Thus, changing the perception basis for one tenth to one quart of their fiscal revenues would be a daring endeavour; and it should be done in a neutral way, reducing taxation here and raising it there. To undertake such reform, politicians should be reassured that the intended effects would bear fruits. However, nobody can honestly provide this reassurance but climate modelers whose work is partial, approximate, and without validation proof. At best, with current Paris scenario and National Determined Contribution (NDC, or intended carbon reduction commitments), the expected warming would be contained by a mere 0.1 or 0.2 °C at the end of the century, far away from the claimed 2 °C apocalyptic threshold. Local air pollution has been quite successfully reduced by appropriate regulation; thus, the associated externalities have already been internalized; and asking for a new tax would mean introducing double counting. Regions and cities not having yet achieved acceptable air pollution standards know well how to address the problem, by improving combustion engines and installing scrubbers, not by adding taxes. They just have to do it, in line with their economic development. Also, politicians should be made aware that any intent to reduce negative externalities may put positive ones at risk.

Alarmist will continue to be disingenuous and to instil a bad conscience to people making their best to live well in a well-kept environment. But it is a political no-go to ask for blunt and immediate fiscal changes while modest corrective impact on negative externalities may, or not, be projected into a faraway future. Therefore, we can expect, with delight, that the political consensus will not go beyond symbolic gestures.